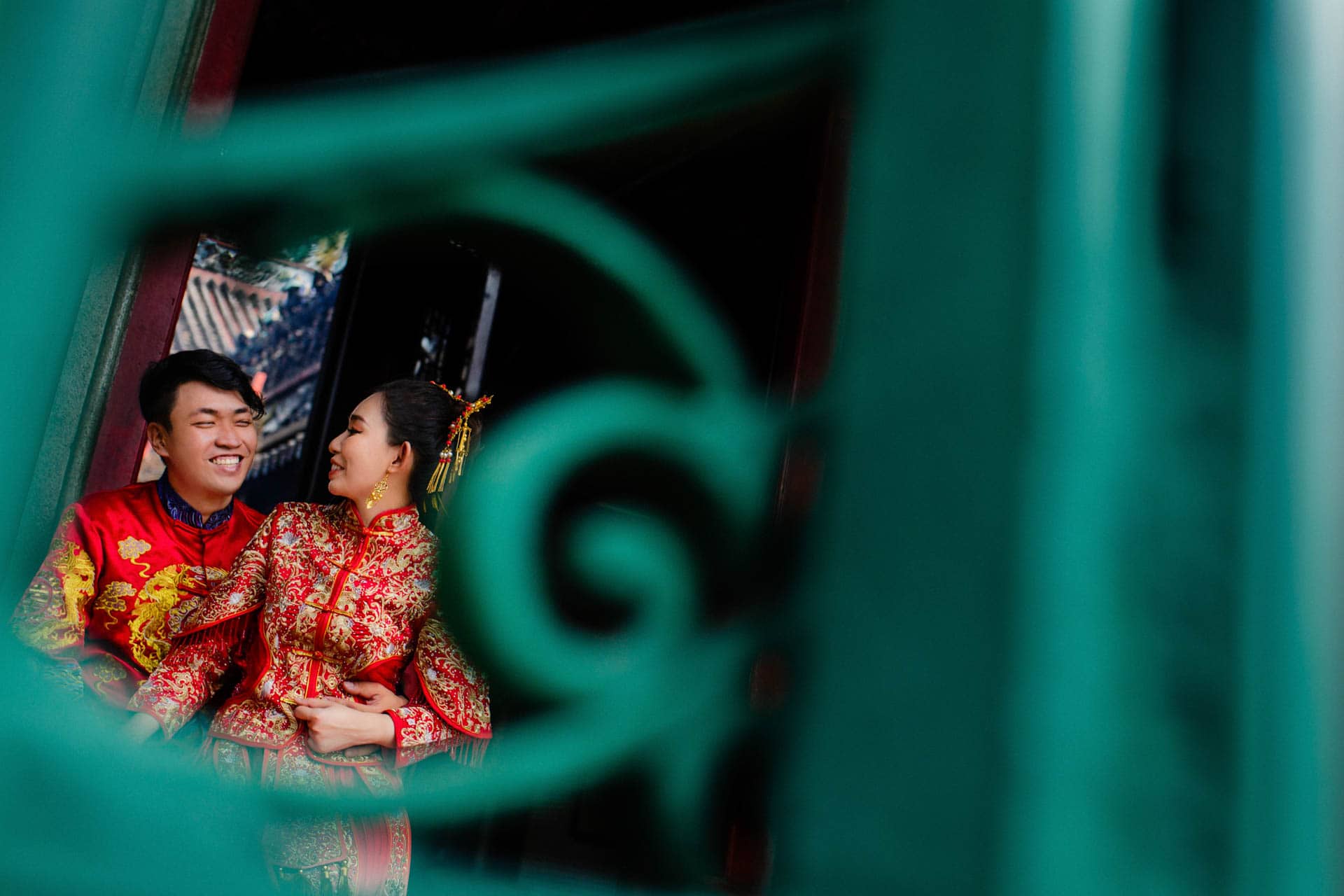 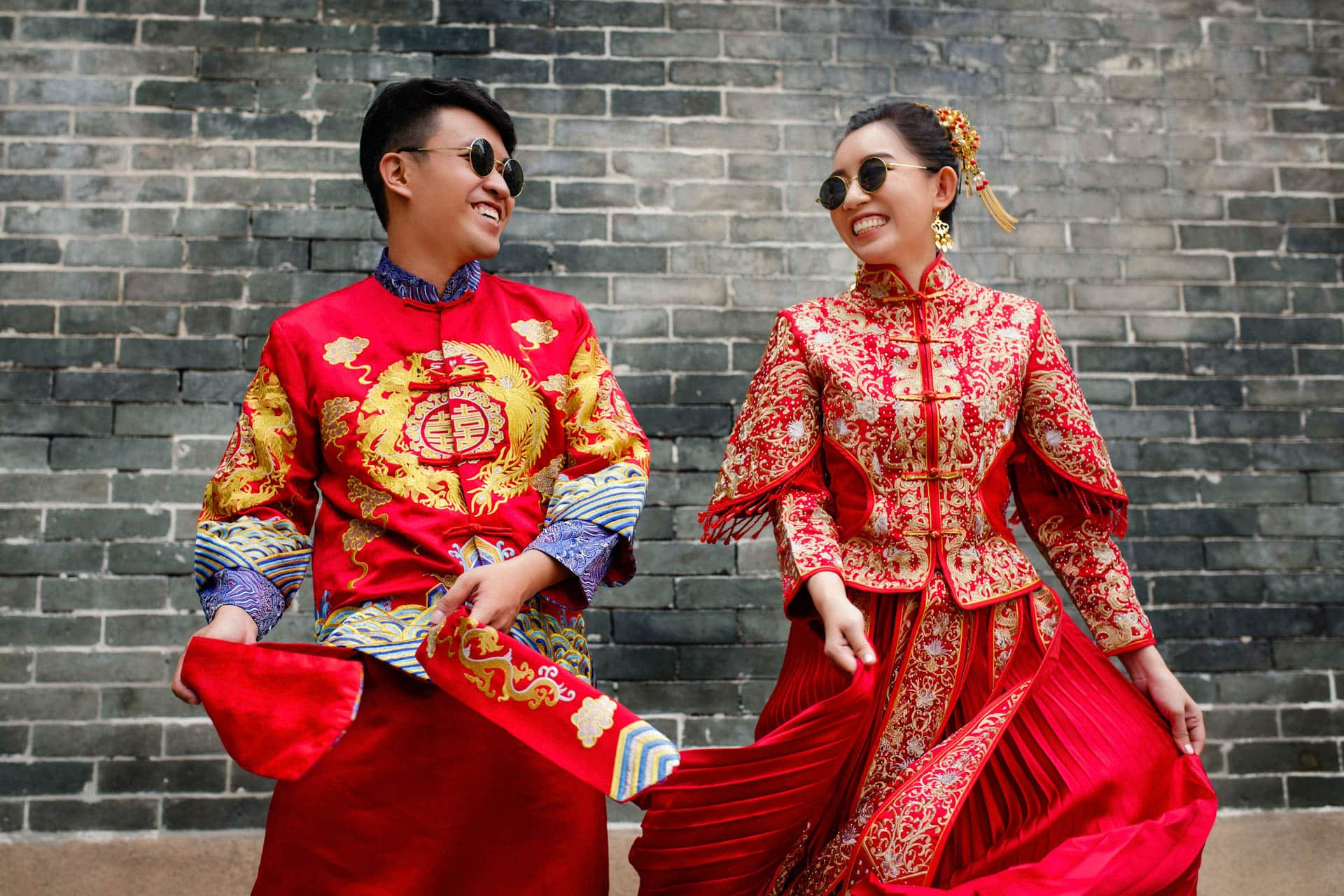 Chinese weddings are playful, colourful and joyous celebrations steeped in ancient rituals and traditions. Whilst Chinese weddings ceremonies are intimate and quiet affairs, the wedding banquet (what we would call the reception) more than makes up for it with hours of delicious food, multiple gowns being worn by the bride, and a real party atmosphere.

The colour red plays a vital role in Chinese weddings as it is linked with success, love, loyalty, fertility, and honour. Another common colour is gold, which is obviously a symbol of wealth.

Traditionally white was avoided as it is associated with funerals, but in modern weddings it is becoming increasingly common to see a bride wear a white dress as one of her dresses.

The first of these rituals takes place before the wedding, and is known as ‘collecting the bride’. This involves the groom leading a raucous procession to his future bride’s home. Firecrackers, drums and gongs are used to signal the start of the journey, which is led by a child at the front to symbolise the wish for future children. Those joining the procession carry lanterns and banners, while those who are musically inclined can play their instruments. And if all that is not enough, there’s a dancing lion at the back of the procession.

Now you’d think the doors would be thrown open to someone arriving with such fanfare but no! On arrival the groom is met by the brides’ friends, in Western weddings this is the bridesmaids. They block his access to the bride’s family home and set out tasks or stunts for the groom to perform in exchange for him handing red packets of money. This haggling makes a really playful part of the wedding and produces some amazing storytelling images that really suit my style of documentary wedding photography.

Chinese wedding ceremonies are traditionally intimate and quiet affairs with small numbers in attendance. Vows are taken and respects are paid to nature, family ancestors and deities. The ceremony is complete when the couple bow to each other. Traditionally, wedding ceremonies take place at a local government office though in western Chinese weddings they are often held at the venue where the reception is being held. 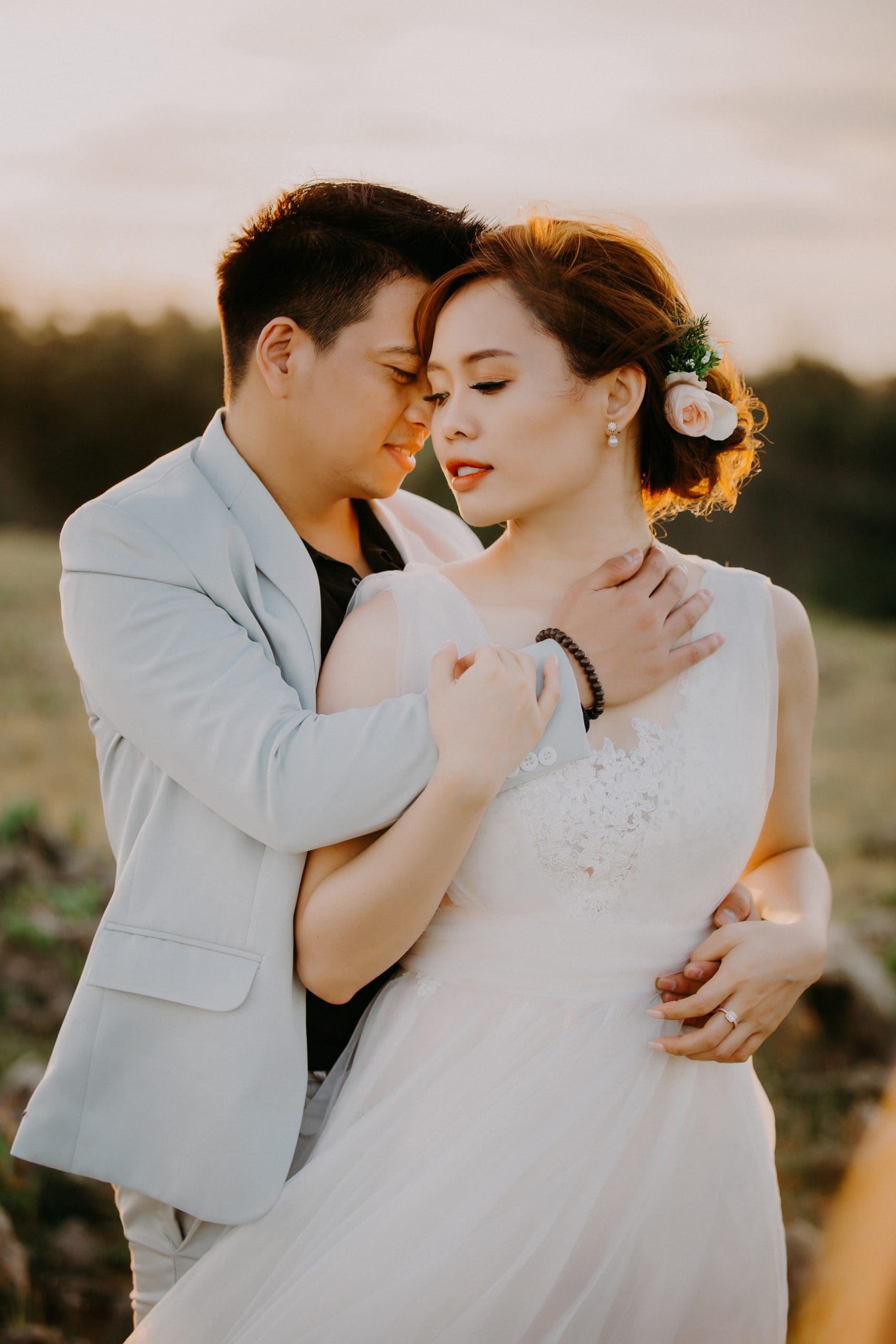 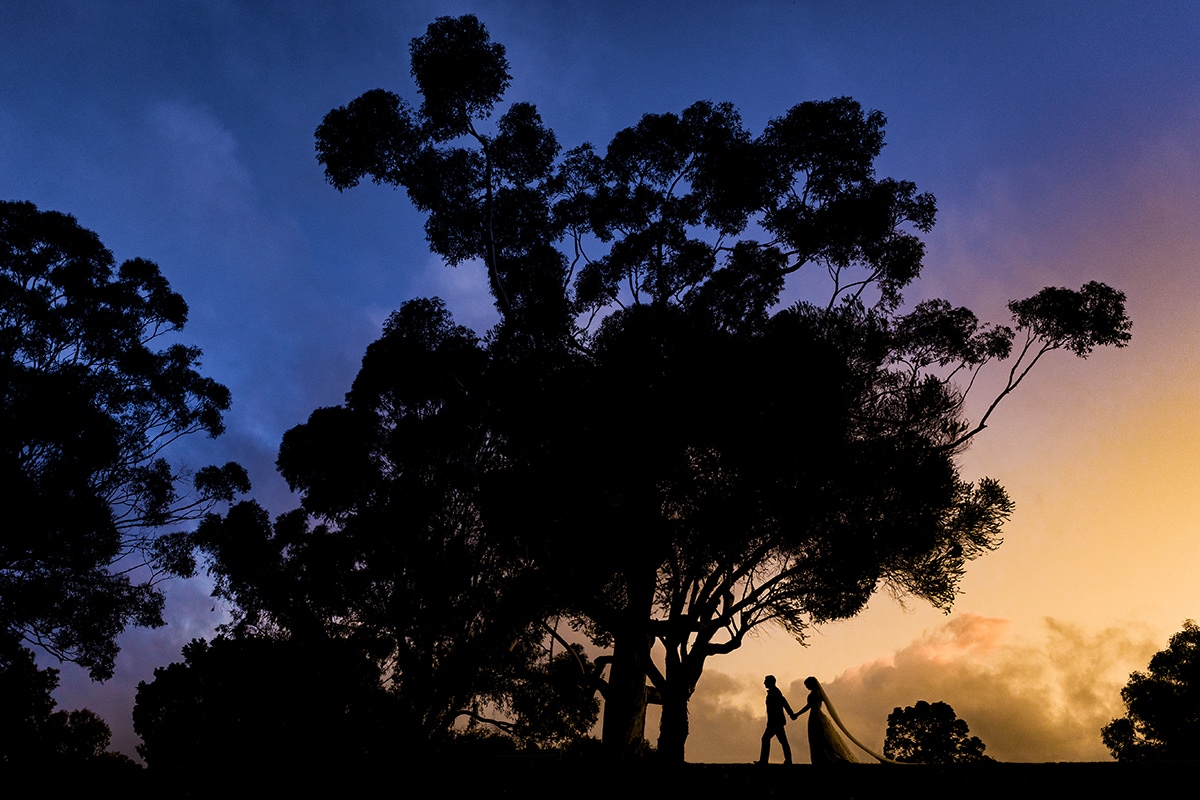 It’s all about the feeling you leave your clients with.

"Jacob is worth his weight in gold. It’s a very hard decision to trust someone enough to capture the memories of your special day. I’m thankful that Jacob was able to do this for us for not one but two days of our wedding weekend." 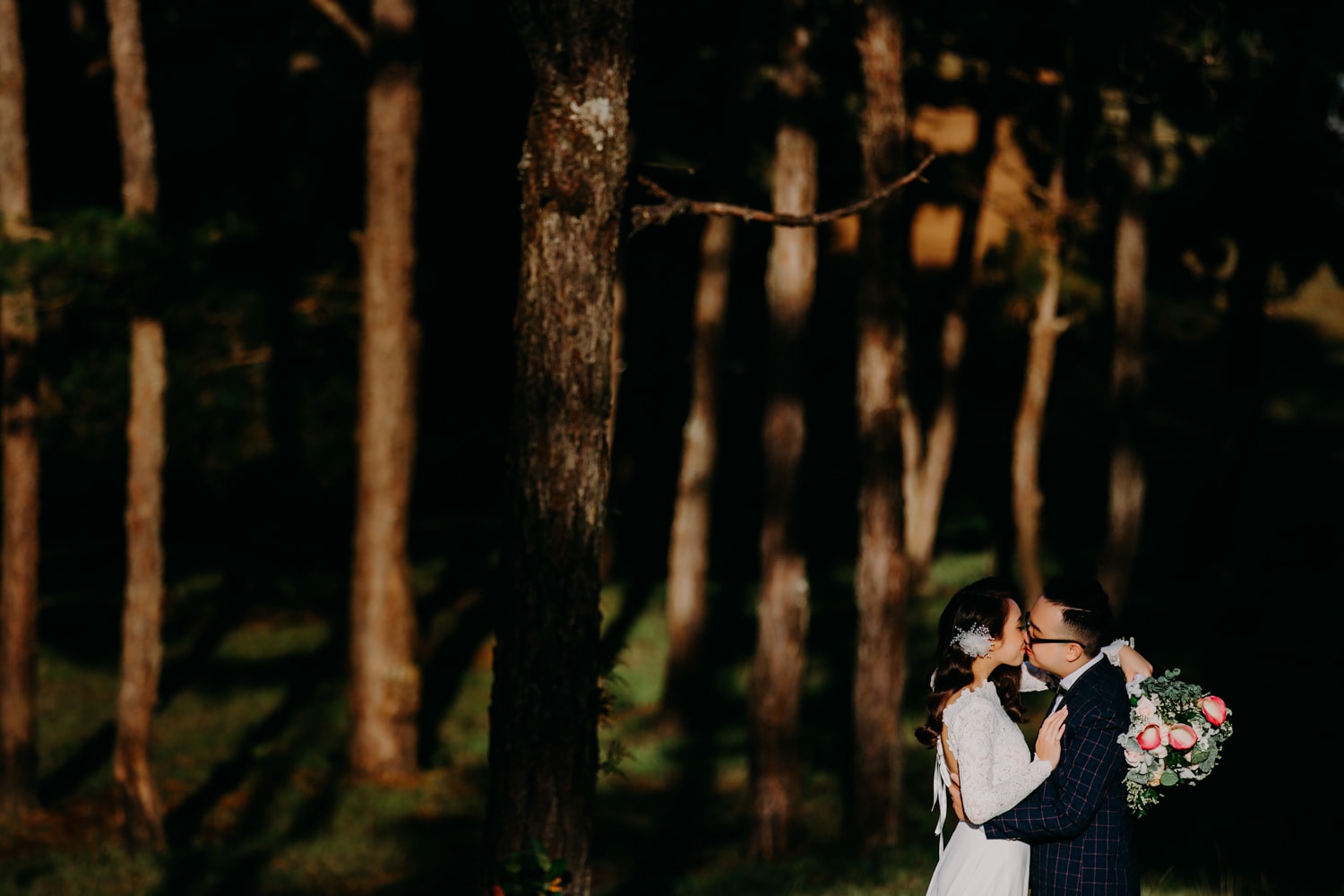 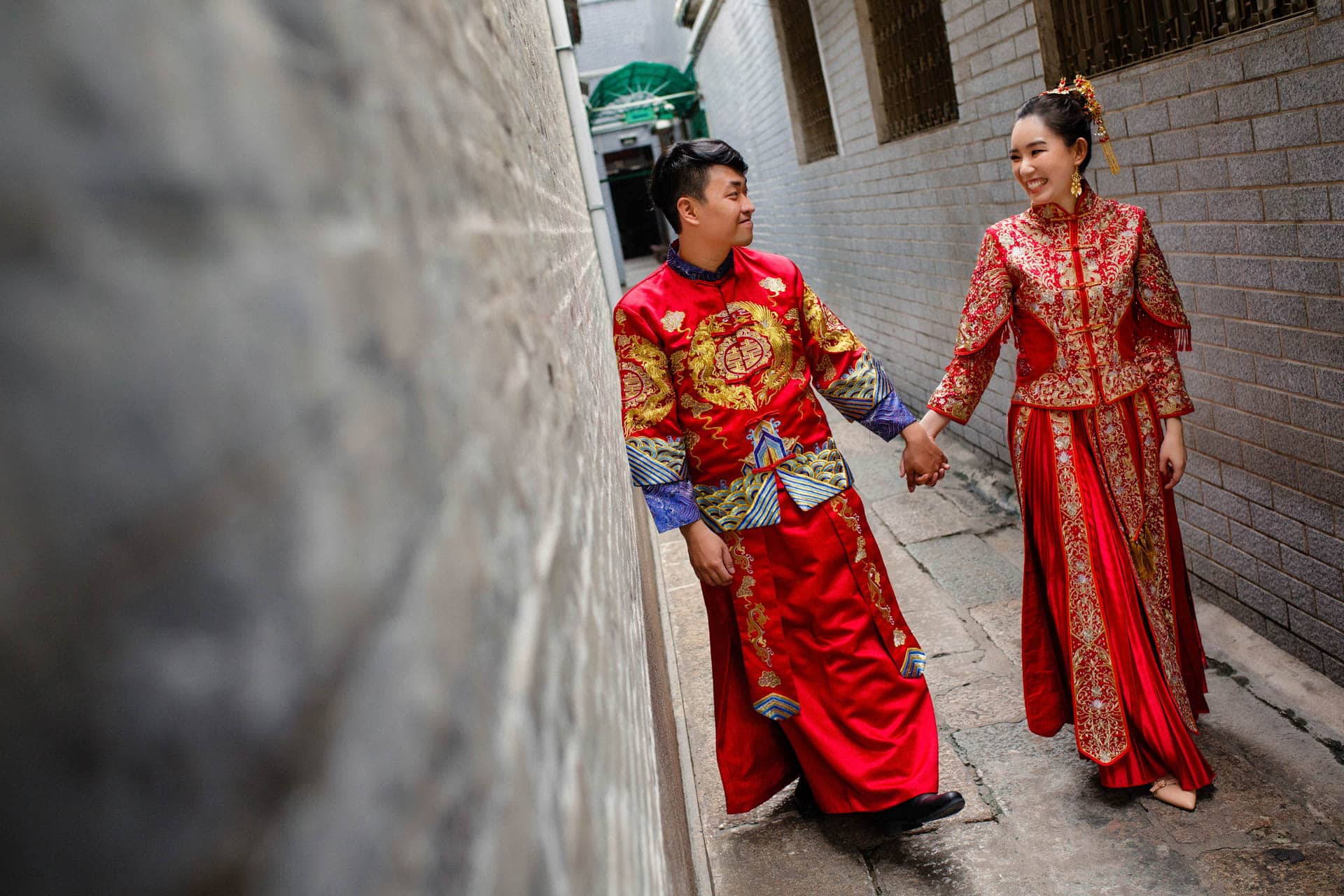 The family are served in order, starting with the groom’s parents before progressing from oldest to youngest. After each family member takes a sip of their tea, they offer the couple a red envelope with money or jewellery inside.

In traditional Chinese wedding it was common for the parents of the bride and groom to host separate wedding feasts in celebrations that can span days. Today, it is more common for a joint celebration taking just one day but the wedding feast remains an integral part of the celebration where food traditions are honoured (usually to appease older relatives!)

When guests arrive at the banquet, they sign their names in a book and give red envelopes containing money. Each is recorded so that the newlyweds know how much each guest gave. When the bride and groom attend their guests’ weddings in future, they are expected to gift a higher amount than they were given (a great motivation for everyone to be generous!)

Let’s talk about dresses! Chinese brides are expected to wear several dresses throughout the course of their wedding ceremony and banquet. In modern Chinese weddings in Perth brides often wear a tradition qipao dress for the tea ceremony, then change into a white dress for their ceremony.

As an experienced Chinese wedding photographer, I work with couples to make sure that we get great images of all of the dresses and traditions that make up their wedding. It’s not uncommon for us to prepare some of the wedding album before the wedding day with couples enjoying a pre-wedding photoshoot around the city. It’s a great chance to get some epic portrait images that are displayed at the banquet for guests to enjoy.

Perth has many fabulous wedding venues that specialise in Chinese weddings such as Pan Pacific, The Crown and Fraser’s to name just three. Their experienced wedding teams can guide you through every aspect of planning your perfect Chinese wedding in Perth.

If you’re currently planning your Chinese wedding, I hope this blog has been useful. Have fun with the planning process. And when you’ve found the perfect wedding venue for your wedding, you’ll be looking for an experienced Chinese wedding photographer. Feel free to get in touch.

I’d love to hear about your wedding plans…